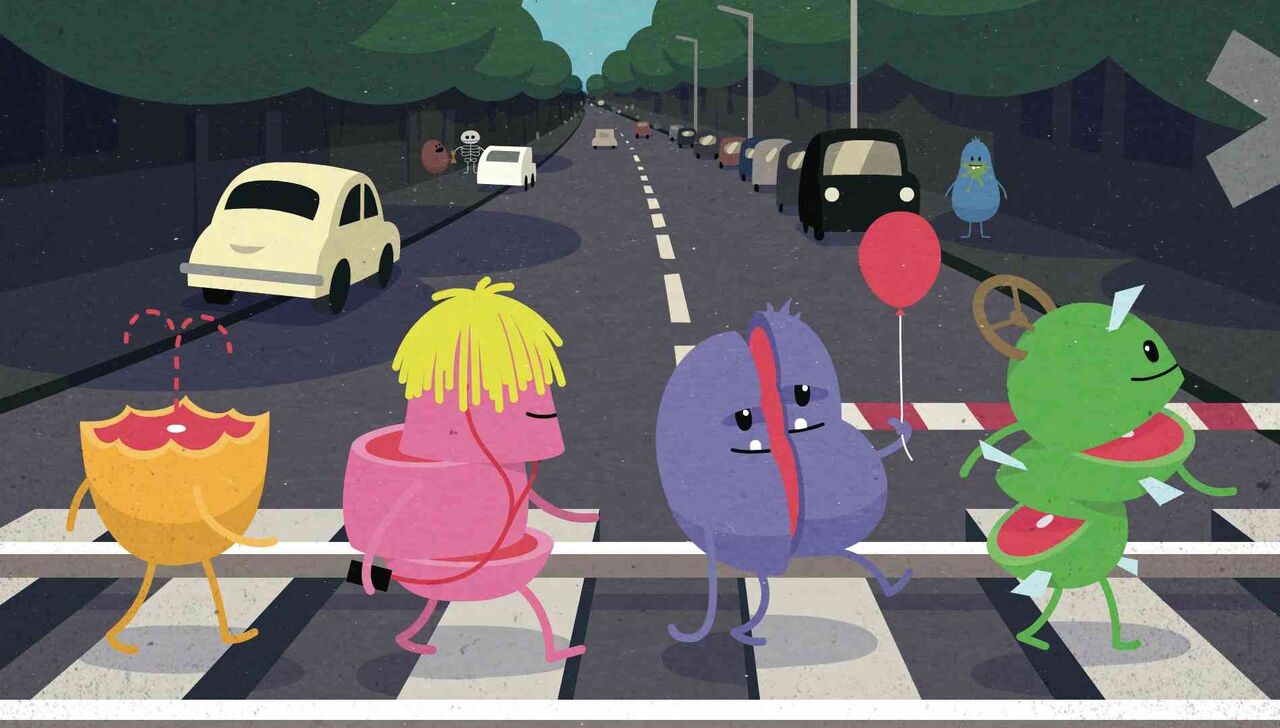 What's on your mind?

We have New Characters!

Admin's edit: Comments combined. Please edit your comment instead of leaving another one in a row in the short term.

And. Touch the poor beans

You may recognize me from the bfb wiki. I am very sorry I haven’t been very active, I was busy on Youtube, and other stuff. I am here to share some drawings! I loved this series as a kid and I still do. 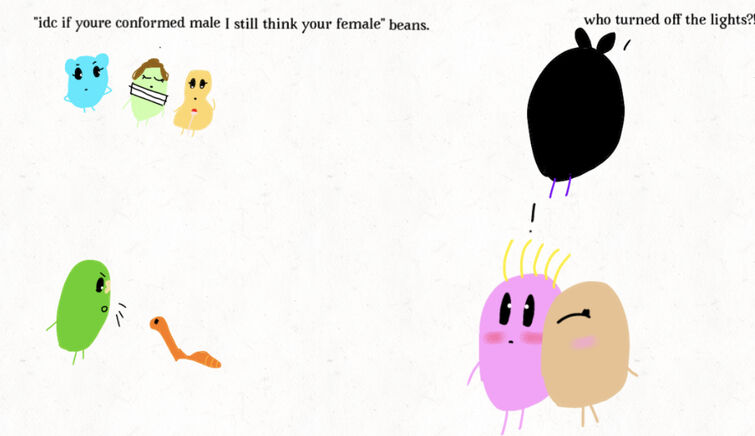 I'm looking for this lost Dumb Ways to Die parody in Japanese or Chinese I think. The only notable things are a pink Dimwit and the Bandicam watermark above. If anyone knows where this is, please let me know! 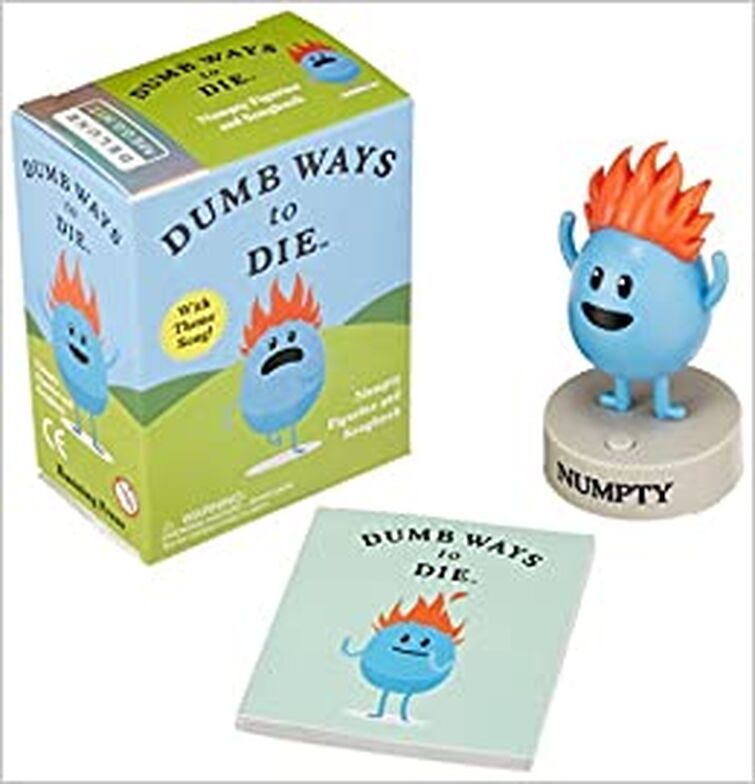 Dumb Ways to Die 2: The Games

#1, Flaming Scalp: If your scalp catches on fires, you will obviously lose hair, in Numpty's case however, he loses all of his hair. The fire is only truly deadly if it spreads, but it will most likely not.❌

#2, Bear Bite: Next is a bear that quite literally chomps a character in half, which is quite unrealistic. Bears have the capability but almost never go for it.❌

#3, Expired Meds: This one claims that eating expired medication will give you a terrible rash of some sort and eventually kill you. This is entirely incorrect because eating expired meds won't be too harmful, they just won't have the effects they used to. The amount he takes is 7, this could make him feel a little sick.❌

#4, Piranha Pants: This one says piranhas can eat your entire bottom half while your underwater. This only applies if A, there are several of them, B, if they are carnivorous(some aren't), and C, if they are even hungry.❌

#5, Death By Toaster: This one has to be the first actually accurate one. Sticking metal into certain parts of a toaster can electrocute you, but the dust pile the character becomes is untrue.✔️

#6, Electrical Failure: This one really depends, if you're terrible at electrical work then there's a small chance this could happen. Although the house wouldn't burst into flames so instantly and the character would have some time to escape.❌

#7, Plane Pain: This one is very true, flying and crashing a plane is of course deadly, the video just over-exaggerates it again.✔️

#8, Mould Mayhem: This one is not fully true. Unless you have a mould allergy which is rare, you cannot die from eating a mouldy pie. The reaction would be the same as what happened in the video.❌

#9 and 10, Evil People: Number 9 is obviously deadly, and Number 10 is as well, it all depends on what these people do to you.✔️

#11, Suitless In Space: This one is the first one I had fun researching. In space you have approximately 1 minute to survive, you'll go unconscious without oxygen in 15 seconds, the lack of air pressure will not keep your bodily fluids at a liquid state, thus expanding your organs and evaporating the fluids. The expanded organs will not blow up like the video suggests, also, you'll experience 120 Celsius from the sun and negative 100 Celsius from the shade.Other things like radiation and speedy space junk will also prove that this one is most definitely deadly.✔️

#12, Clothes Dryer Room: This one is sad but true, never hide in a clothes dryer, it will spin you too fast and knock you around too much for you to handle.✔️

#13, Rattlesnake Rampage: This one is rarely true, usually only domesticated rattlesnakes will go after you if they are angered. Based off their anger, they will inject venom to try and kill you. Approximately 8,000 people get bitten by rattlesnakes every year, but only 12 or so die, that's under 2%.❌

#14, No Kidneys: This one is kind of untrue, you can lose both kidneys as long as you receive frequent dialysis; the process that involves IVs doing all of the kidneys' work.❌

#15, Choking On Glue: This one was kind of tricky. Elmer's glue is non-toxic, but most super-glues are toxic. If you fully ingest it, it isn't deadly, but the lack of oxygen you'll get when it clogs your throat will be deadly.✔️

#16, The Nefarious Nuke: This one is an obviously catastrophic one. After using photoshop to compare the real earth and the one in the video, I discovered that the explosion measured 1,100 kilometers, that could easily wipe out several cities.

#18, Death By Bees: This one is another one I had fun researching, certain places I found said 100 bee stings would kill a person, others said 1000. Eventually, I found a very reliable source that said for every pound a person weighs, they can withstand 10 bee stings. After counting all of the bees on this person in photoshop, and estimating his age and weight, I deduce this one is also a 50-50 chance.0.5 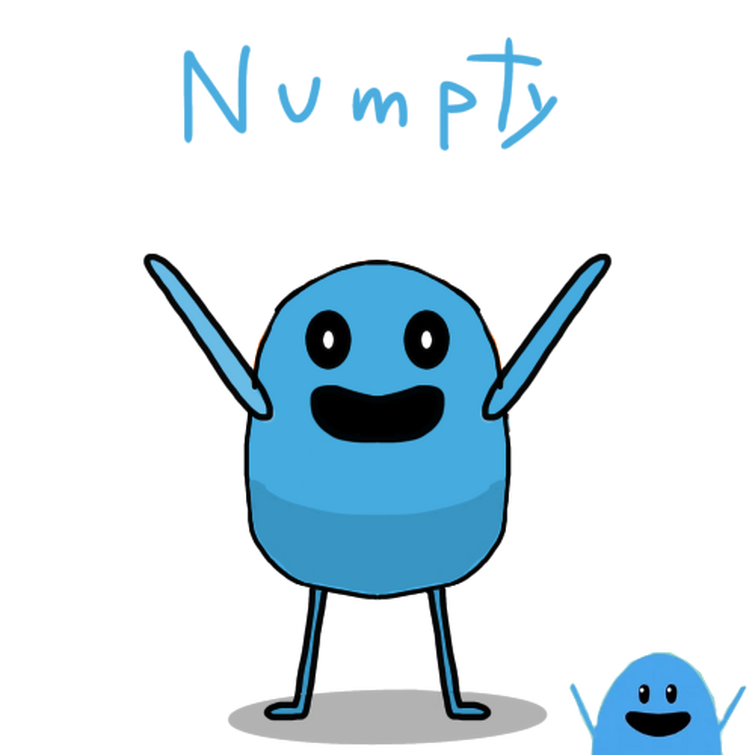 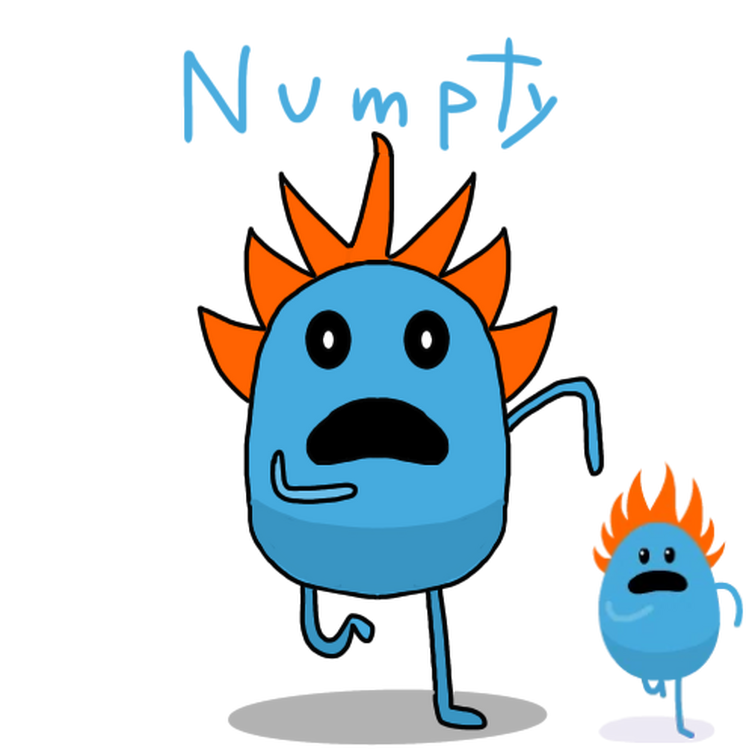 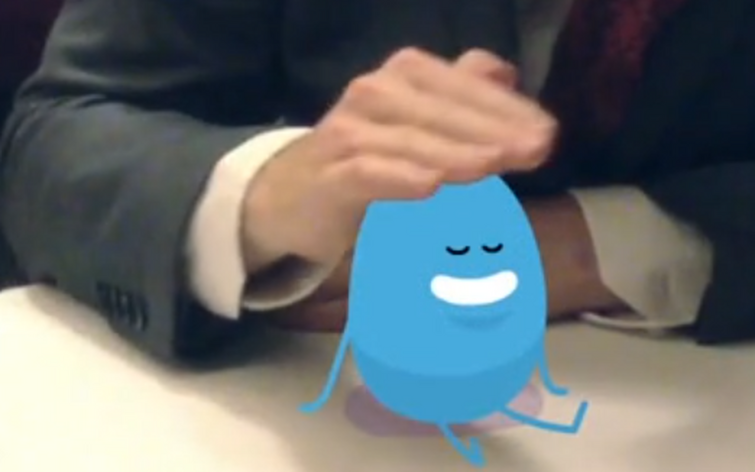 I found this song when I was 6, and that was a year after the song was released, I feel nostalgic feelings, and it's a good feeling, I remember when it was first just a game, and now, it looks so awesome with the new games and characters and whatever anyway, I'm not too new to this fandom, but, I'm new to the wiki page, and I learned about the beans so much since I found this Wiki!

During the chorus in the music video, the beans are dancing in a tan background. I wonder what this tan background place is supposed to be? Maybe a heaven? Or maybe a place where the dead beans get brought back to life and are put in a testing room, in which, the testing room is the tan background?

Put your opinions in the comments below! 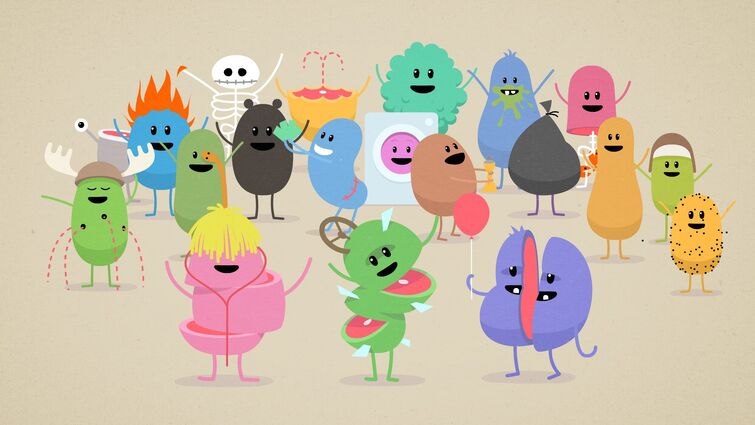 (edited by The PvZ, MLP and TTTE Fan) 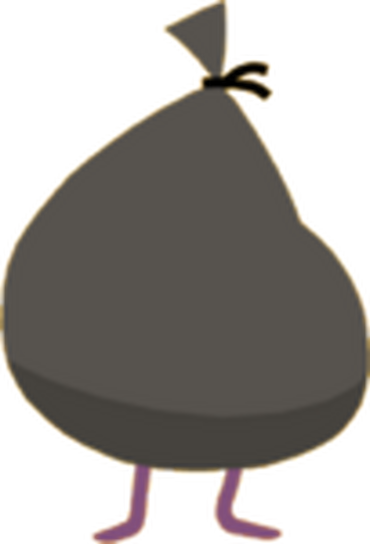 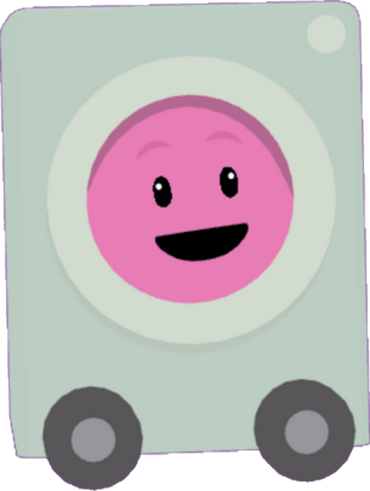 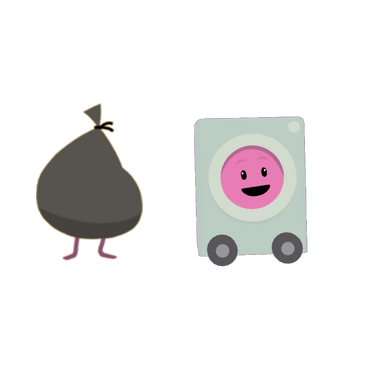 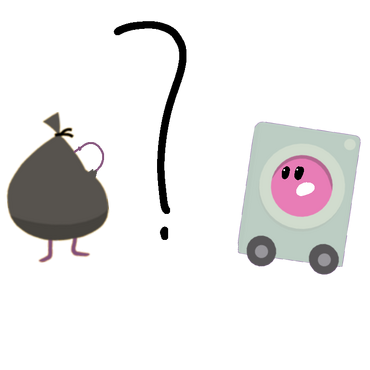 Look at this image: 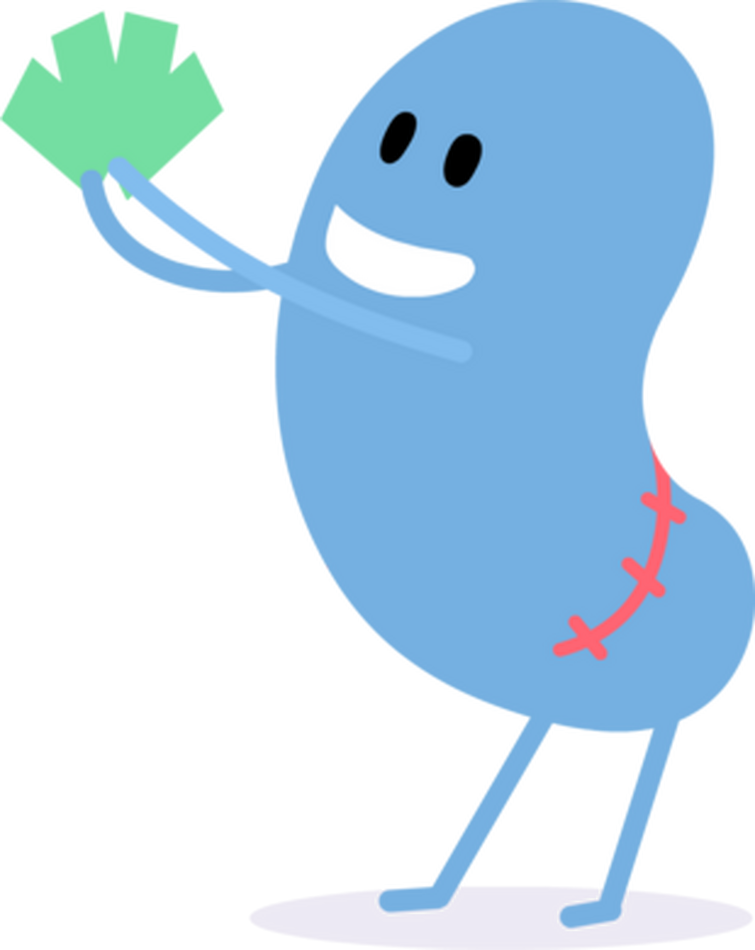 He do not have a white dot on 2 eyes.

But look at this: 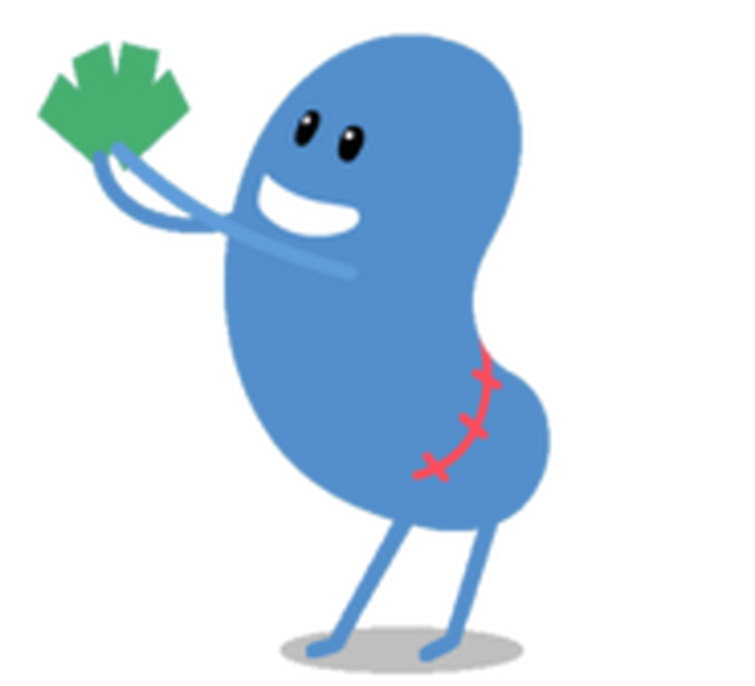 He is dark but he has a white dot on 2 eyes. 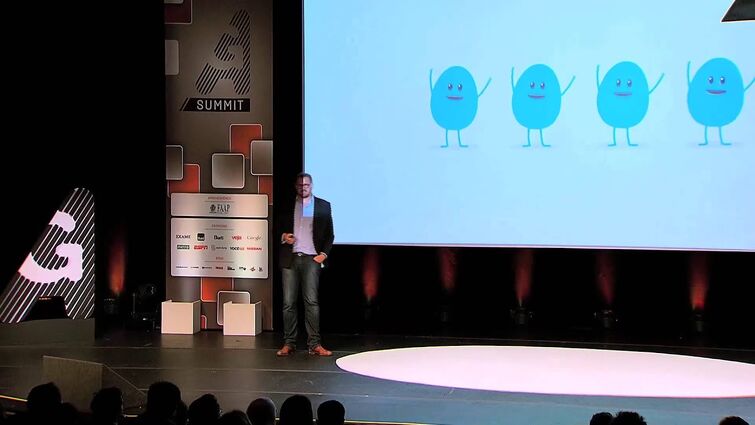 (edited by The PvZ, MLP and TTTE Fan)
Dumb Ways to Die